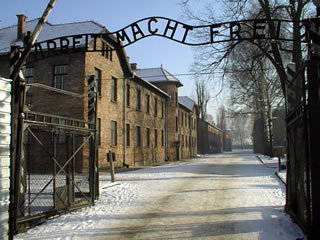 The historic Salt Mine in Wieliczka is the only mining site in the world functioning continuously since the Middle Ages. Lying on nine levels, its original excavations (longitudinals, traverses, chambers, lakes, as well as minor and major shafts) stretch for the total of about 300 kilometres: reaching the depth of 327 metres they illustrate all the stages of mining technology development over time...

BOOK AUSCHWITZ AND SALT MINE IN ONE DAY

Auschwitz known all over the world as a symbol of terror, genocide, and the Holocaust was established by the Nazis in the suburbs of the city of Oswiecim which, like other parts of Poland, was occupied by the Germans during the Second World War. Auschwitz and Birkenau, the two camps were liberated in January 1945. The remains of the camps, the survivors' and liberators' testimonies, and the documentary evidence leave no doubt as to the enormity of the crimes against humanity which were committed there.

The sightseeing prices include all vehicle, driver, fuel costs and any parking charges.. Not included: Admission fees & meals. 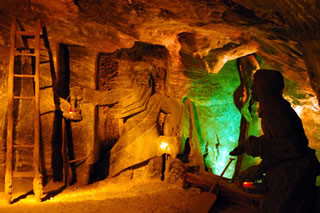